Opinion about freedom of war

Miss Dagdalen is against the war and stands for peace regarding war. She said that countries should not fight each other but find compromises with each other. What Julian Assange said is that he only wanted to show the dark side of war to the world. How people are killed and how soldiers become inhumane. With the prutal actions of the soldiers, they destroy habitats and kill civilians. She totally agrees with that. The population of Israel wanted a solution for the middle east conflict. A possible solution is the two state -solution. But the government doesn´t accept that. Also she said that Germany and Europe should not choose a side in this conflict. She thinks that because of the german history they should have to be on one side. Stick to international law , isn´t an instrument to solve the conflict for example the peace plan of trump isn´t a solution. We agree with her because we think that war is not a helpful solution. Everybody has the right of a peaceful life. 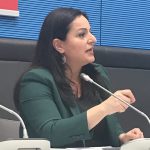 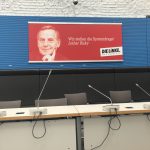